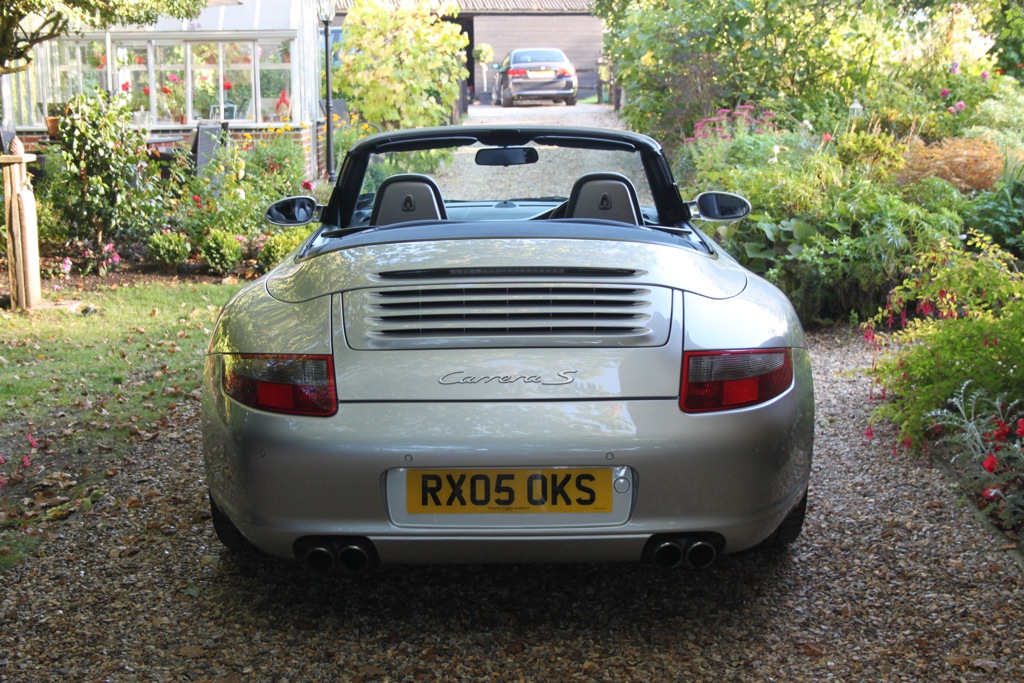 After pondering £30k cars for some time now, a change from my usual BMW M3 camp was iminent.

Requirements include hair raisingly fast and exciting through the corners but reliable and well built, a Porsche 911 seemed the way to go! The purchase however, was quite random. Dropping off the M3 to have the rear tyres changes at Guildford tyres, I took a wander to Porsche Centre Guildford while I had an hour to kill. It was this or sit in Frankie and Bennys. 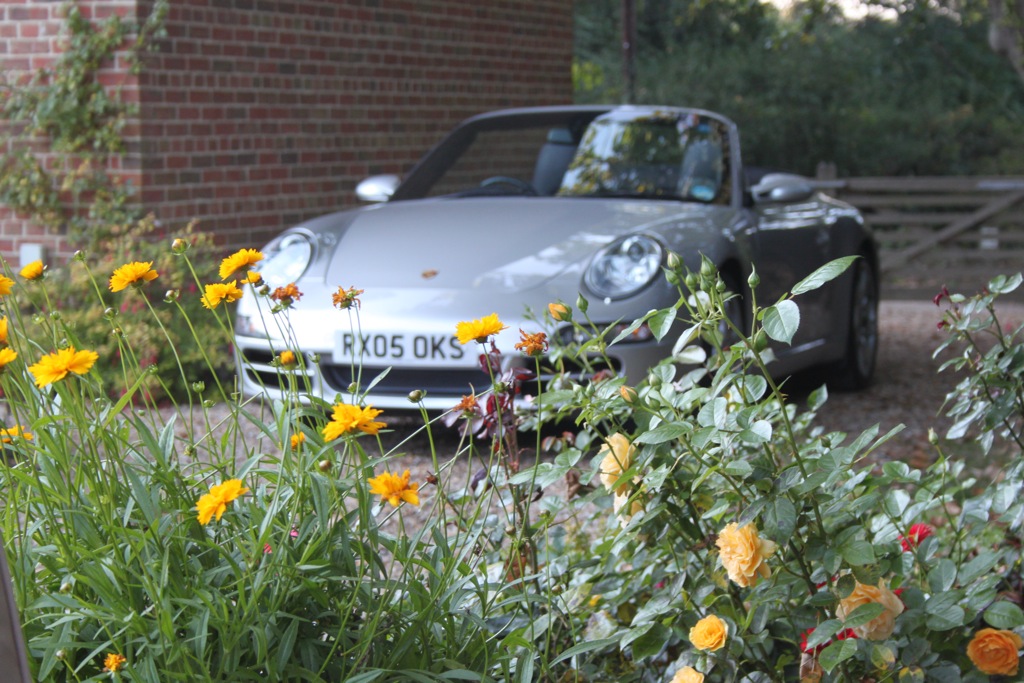 I took an immediate fancy to an Artic Silver 997 Carrera S Cabriolet with a 6 speed manual, 19’s with 295’s on the rear, iconic red calipers, Bose, NAV and a very swish contrasting dark navy interior and canvas roof. With 35k miles (and the same in £’s), 2 owners and 6 years old, there was not a stone chip, scratch or dent in sight. I kept noticing people walk over and look at the price and take a seat in what I was already calling my car, so a test drive was scheduled in straight away. 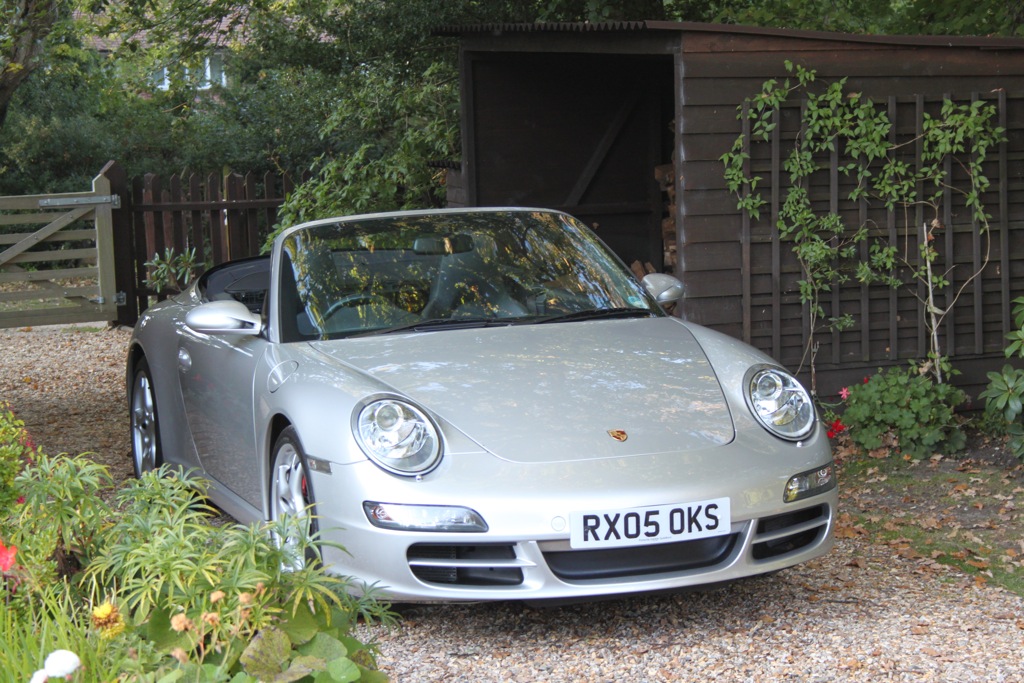 Setting off very gingerley towards the A3 the first thing I noticed was how planted and solid the car felt and I’m coming from an M3, not a floppy Citroen. The peddles, steering and gearbox all required more pressure and there was nearly no body roll. Turning off the A3 onto the country roads towards Clandon the sales guy pushed the suspension button, which hankers down 10mm and firms everything up. From standstill I floored it in 1st, no traction control lights, no slip, just amazing acceleration and a racing car feel. The M3 wouldn’t do this, maybe 295’s are required on all cars or maybe its the weight over the rear. The power just builds and builds and hitting the limiter in 2nd felt odd as the power wasn’t tailing off. The engine and exhaust note is much better than the M3, it sounds like a supercar, it sounds expensive. I can’t imagine what you have to do to get this car to slide as 50mph around a small rounabout didn’t even produce a tyre squeal. If Top Gear give the M3 15/20 in the new car section, surely this is a 19/20. By far the most accomplished car to drive on the roads. Effortless at low speeds, epic at high speeds and corners, buttons to firm up the suspension when required and roof down blasting when it’s not raining. Boot isn’t bad either but don’t think anyone will be sitting behind me.

The main thing I missed about my old Corrado VR6 was the button that made the spoiler go up and down and the 911 has this also.

By far my favourite automotive purchase.