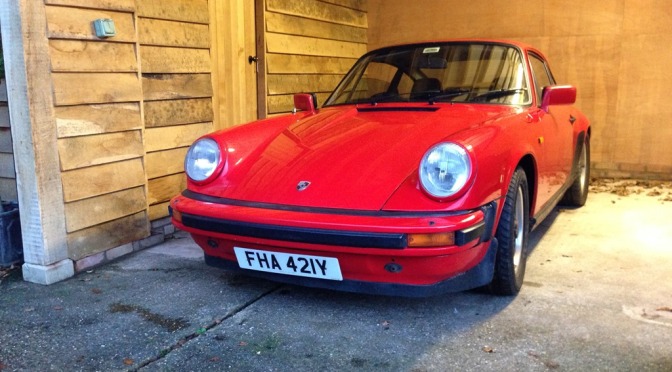 A newly appointed member of FastGerman has purchased this fine example of a late 3.0 911 SC. Having spent some considerable time searching for service history, Porsche UK seem unable to help in our search due the car being registered prior to 1984 and that is how far their systems go back, so I’m told.

A Google search on the registration plate has brought up old adverts from Coys auction in Westminster and Ascot in 2010.

Some further digging (a few weeks later) and we have uncovered that the car once belong to the president of the Rotary club. We now have 2 x service record books with every stamp from purchase to current. The manuals are fantastic things with a 2 page guide on using a seat belt and a pull out for every switch on the dashboard. Compared to my 997, there is no sense in the dashboard layout. My favourite being heater controls ranging from 0-DEF behind the handbrake and a further series of levers on the dashboard.

Previous review of a members 911 SC is here

‘Not only has the 911 now become seemingly immortal, but it has undergone the most rigorous development programme over its life of possibly any car. The 911SC was unveiled at the Frankfurt show in September 1977. Essentially this new 911 was very similar to the previous Carrera 3.0, with the same basic specifications, styling, and features. Power was up slightly from the previous 2.7 model with 180 horsepower on tap, and a flatter torque curve made the car much easier to drive. When compared to the 1977 Carrera 3.0, the SC was more luxurious and in 1979 the 911 SC’s engine received modifications increasing the horsepower to 188 bhp, while improving fuel economy by 10 percent. Further improvements in 1980 led to the SC producing 204 horsepower. This 1983 model is regularly maintained and serviced by marque specialists. This good looking legend is finished in Guards Red with a black hide interior, and is supplied with a V5 registration document, an assortment of bills and invoices for work carried out over the years and an MoT certificate valid until October 2010. Here is a wonderful opportunity to acquire an important part of the 911 legend; a classic high performance sportscar which can be used every day. This SC represents superb value for money – if you’ve always promised yourself one, now’s the time to do something about it!’ 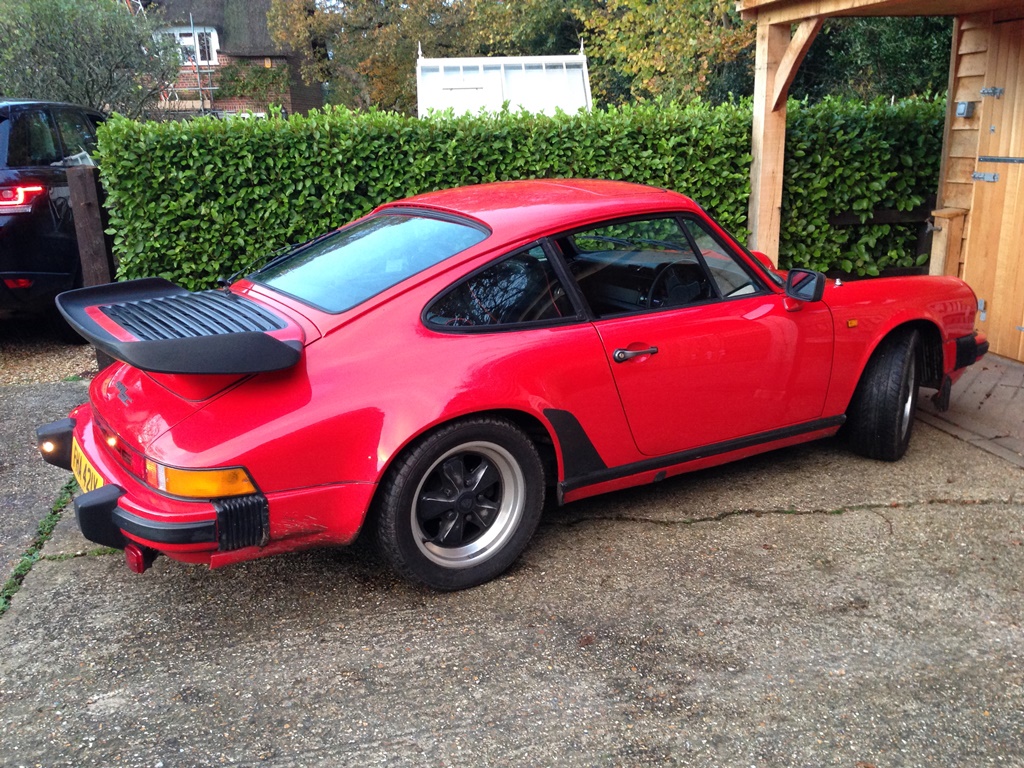 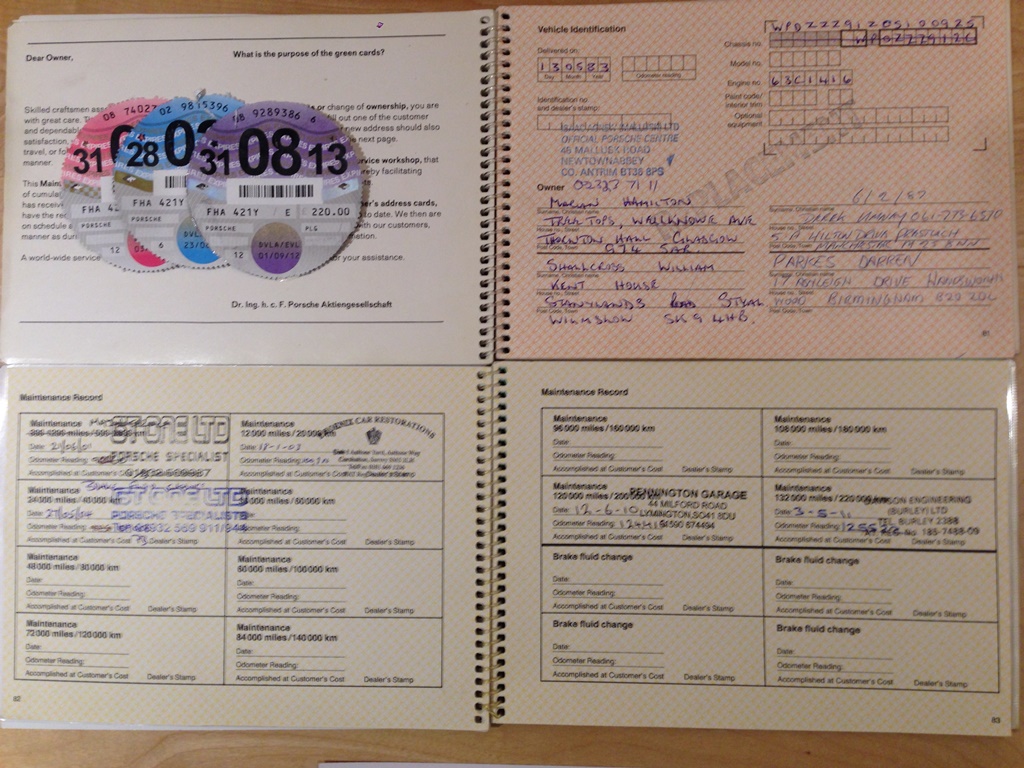 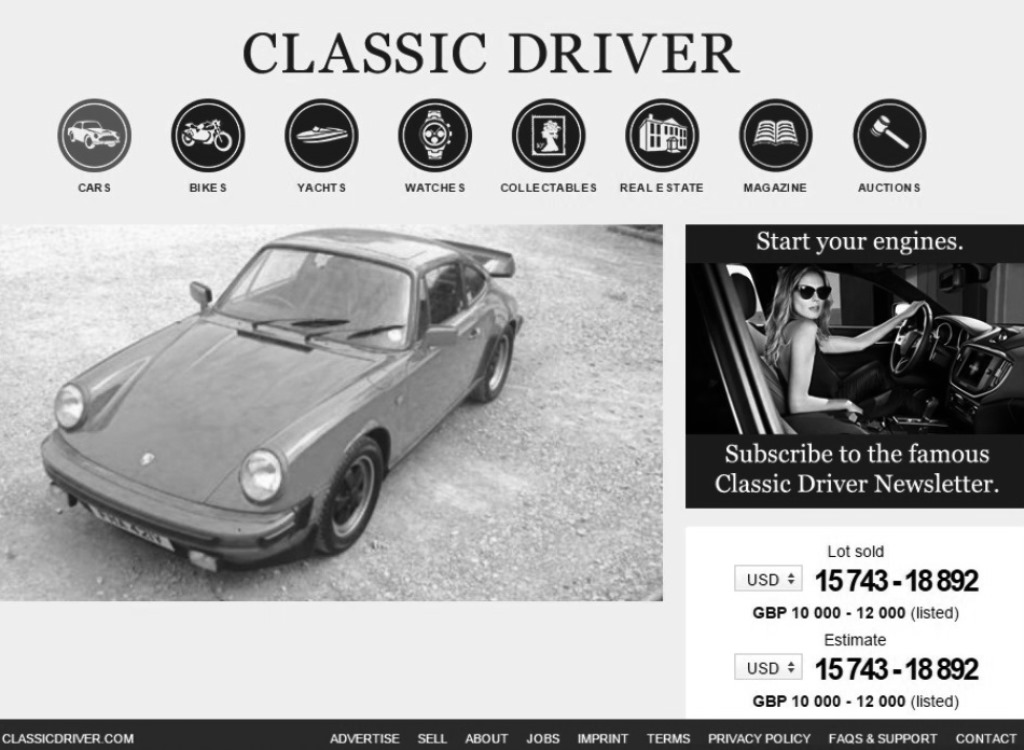 The to-do list currently includes: Porsche health check and JMG inspection, which are free of charge. Clay bar to the body work, metal polish to wheel rims, interior clean and shampoo (blocked drainage channels we think have caused some dampness), purchase a battery conditioner and commence the list of work that comes back from the health checks!

I have tunes! Sounds pretty good with Focal 5x7 up

In the 90’s Ferrari and Sony joined forces to cr