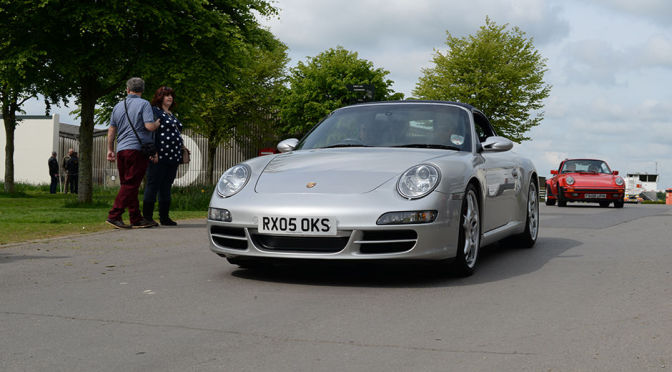 There have been several questions posted on Pistonheads and 911 forums recently querying what their first Porsche 911 should be with a <£30k budget.

Once the air-cooled brigade have quietened down with their talks of the 993 being the last proper Porsche, we get to the likes of the 996 Turbo, 997 Carrera S and Cayman S range.

Well, these are my ‘facts’:

I chose a 997 C2S because I thought the following:

– Proper 911 i.e. rwd, manual and normally aspirated engine.
– The interior is more ergonomic, higher quality materials, cleaner design, more toys.
– The exterior is just better, isn’t it?
– The engine sounds exciting, normally aspirated always sounds better than a turbo.
– It’s a newer model, therefore improved as the 911 is evolution.
– Hammond and May had one (the times that I liked Top Gear) and Clarkson even did a good review of it.
– Servicing, maintenance, running costs were considerably cheaper from Hartech, RPM and Porsche quoted figures not just on servicing costs but maintenance plans.
– Decent stereo and sat nav.
– I could buy from an OPC and have comfort in the history and maintenance of the car.

For on the 996:
– At the time I only had acceleration and top speed, which were bettered by AMG Mercedes of similar cost.
– Depreciation has been a recent argument, however I have not noticed much change in 997.1 Carrera S prices in the last couple of years.